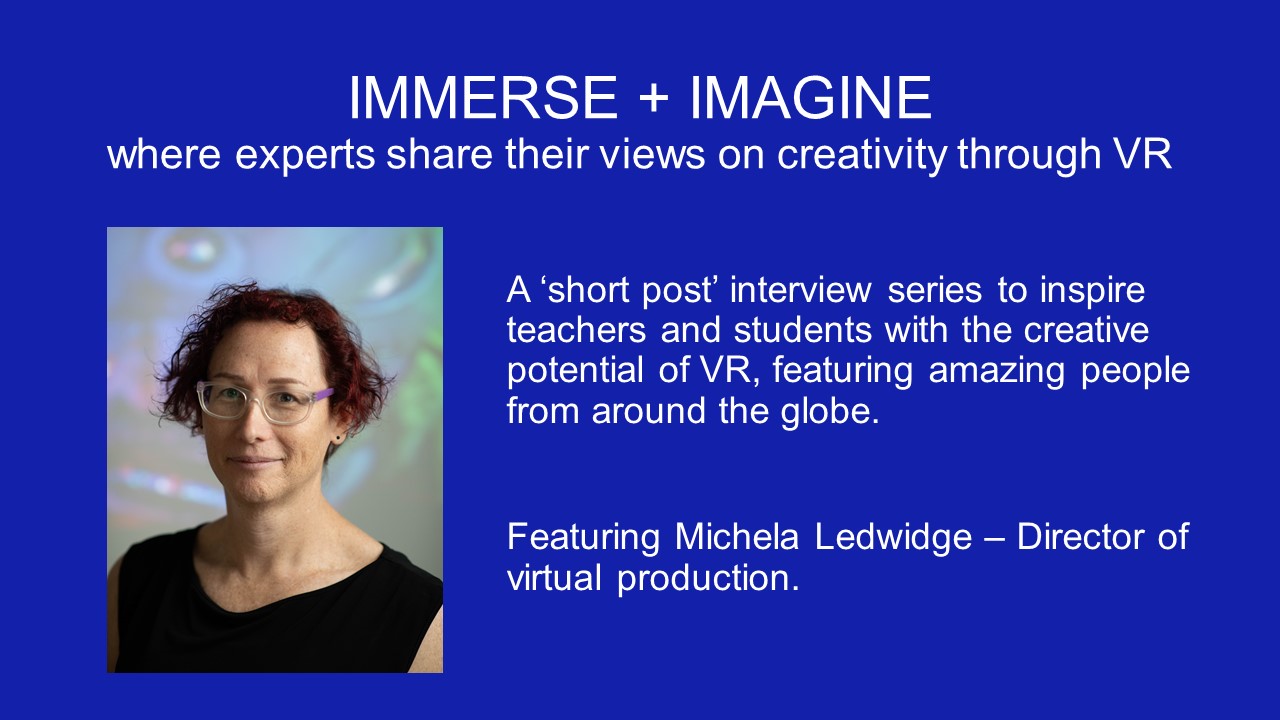 Could you tell me a about your professional background?

I’m a director and indie studio owner whose career started with web development in the early 90s. I’ve been an entrepreneur for most of my career. I self-funded over a decade’s worth of experimental interactive films by working as a systems architect and troubleshooter. During the dotcom and Web 2.0 years I worked on a large variety of corporate, start-up and indie projects (e.g. BBC, Reuters) through my consultancy thequality.com, culminating in founding Mod Films in London in 2004 with invention award funding from the UK National Endowment for Science Technology and the Arts (NESTA). In 2010 Mish Sparks and I co-founded Mod Productions in Sydney to form a more commercially viable indie studio that today is simply called Mod and focuses on realtime and virtual production.

When did you first get interested in VR and why?

I first became aware of VR in the late 80s when I was in high school. I’d started programming on the Commodore 64 when it came out a few years earlier and I was amazed by how immersive an experience could be conjured up that machine’s ground-breaking (for the time) graphics and audio capabilities. The occasional glimpse of military flight simulators and VR technology labs in the press and on TV only piqued my interest further in creating virtual worlds. My first (super brief) experience of VR was the Dactyl Nightmare arcade game which left me wholly underwhelmed but this interest was rekindled at university where I set up the first web site in NSW as part of a Computer Science Honours project in 1993. When Virtual Reality Modelling Language was released I began my VR development career in earnest although it was many years before VR became accessible outside research labs.

How do you currently use VR?

At Mod we use VR behind the scenes all the time for visualisation and prototyping, even when the final product is not intended for an immersive audience. For example, to collaborate on a 3D design job or to make sense of a large data set. Our main VR activities are around virtual production – using Extended Reality (XR) tools and processes for film & TV. We are in the late stages of making  a documentary A Clever Label  as a virtual production – I call it a “documentary experience” which explores data storytelling and hosting a documentary in VR. This will initially be released as a regular video with an interactive VR product to follow. This year we’ve adapted to a post-COVID-19 routine of hosting weekday sessions in the Hubs by Mozilla VR platform which allows us to meet our virtual team socially and share presentations with body language. We use VR extensively for recreation – Beat Saber is a wonderful gift during lockdown.

What are your thoughts on VR and the creative process?

We’ve only scratched the surface of what a creative immersive experience can be. My practice sits at the intersection of film and game so while I’m drawn to VR as an artistic and production tool – it is only part of our Extended Reality (XR) palette. Interactive experience design is my focus though – not VR. Not all projects end up with a digital immersive component at all and sometimes concepts move between AR, VR, and MR. There’s always exciting developments in how rich the audio-visual experience can be. With the teams we work with, there’s often creative tension between the visual effects (VFX) view of the world and the game design view. With VFX, the focus is typically all about the aesthetic, linear story and visual fidelity, where in game design the creative process is usually tempered by the need to keep as much of the process real-time where some aesthetic compromises have to be made. I find this area very exciting and challenging to work in but ultimately I try to keep an open mind for each project and look for the right medium.

What advice would you give teachers and students who are thinking about using VR for creative projects?

Start small but there’s never been a better time to invest the time into practical VR making with a wealth of creative collaborative tools available. For makers, game engines like Unity and UE4 provide tonnes of free sample projects for high school students and above to use. Invest in the VR headset you can afford but make sure students learn the difference between 3DOF (three degree of freedom) and 6DOF (six degree of freedom) experiences. Possibly the biggest mistake I’ve seen in immersive media education is focusing on 360 video (and not on 6DOF VR). I’m particularly keen to see more students exploring virtual production for storytelling using VR scouting and virtual camera tools developed for shows like The Lion King (some now available as free Unreal Engine downloads!). These resources are still considered a high-end production tool but over the next decade we will see the democratization of virtual production. Film and games can be highly collaborative mediums and I look forward to seeing more school projects where students learn the valuable skills of creative and technical collaboration in VR.